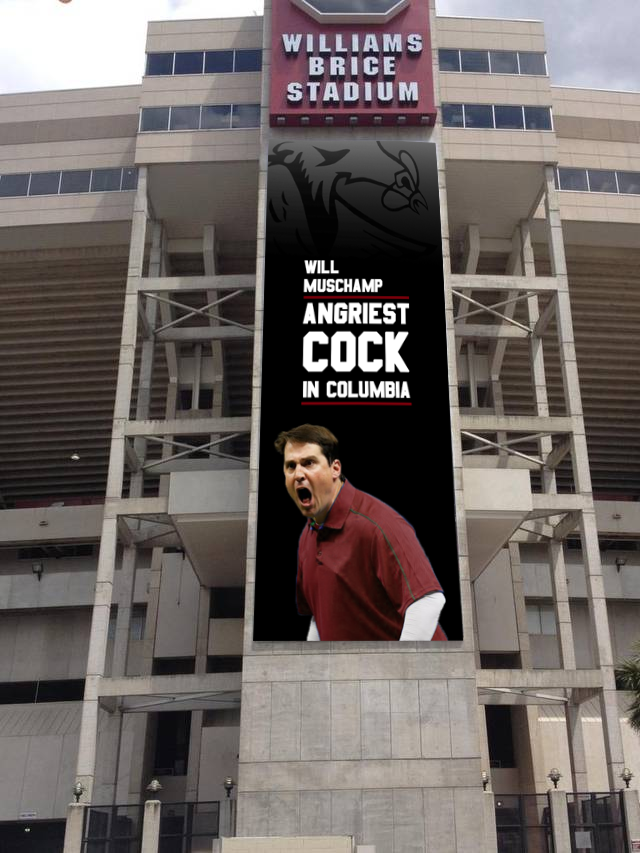 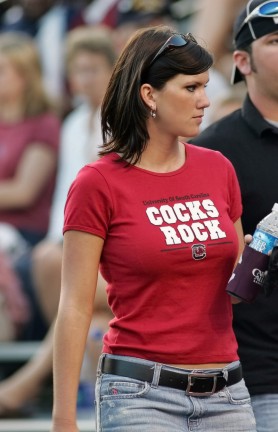 Well, sorry about that boys and girls. Just had to post that one.

Oh shit. We better not lose this weekend against this idiot.

On with the damn show...

WHO DA HELL IS SOUTH CAROLINA?

Mascot: Gamecocks (and the mascot name is "Cocky"...man they are obsessed with the word "Cock")

Fun Fact: They are called the Gamecocks. That's all you need to know. They also have a live cock that they keep on the sidelines so it can do...I don't know...cock things? Also they have a good women's basketball team. Hell yeah.

Best Players: Well, the team starts and ends with the quarterback Jake Bentley. Bentley is a very good quarterback despite having an offensive line worse than ours. Yes, South Carolina has a worse offensive line than Arkansas. It seems that Bentley has had a bit of a slump lately with the loss of top wide receiver Deebo Samuel who would have struck fear in the hearts of all that saw what Christian Kirk did to us about a week and a half ago. Now one guy to really watch out for is Hayden Hurst the tight end with the same initials as the legend Hunter Henry (moment of silence for the "Hunter Heave"). This guy is a wild card in the South Carolina offense, and will provide a stiff test to the new Arkansas scheme. Also Bryan Edwards is beginning to emerge as a nice target for Bentley, but I don't know if he can handle the load for the entire offense.

Other Important Players: The South Carolina defense is doing better than expected this year, but lacks the depth to drag a mediocre to bad offense. That being said, the linebacker Skai Moore is very serviceable. He will need to play VERY good to stop an efficient Arkansas running attack. Also look out for the South Carolina Defensive Line in general on 3rd down. They don't get to the quarterback very often early, but those guys will be coming with the bull rush to get to the QB on the critical down.

Complete South Carolina Roster: Click Here To Go To Cocks dot Com To See The Rest Of The Cocks

HOW DA HELL DO WE BEAT SOUTH CAROLINA?

WHAT DA HELL IS THE BEST AND WORST CASE SCENARIOS?

I think the Hogs feast on teams like South Carolina (see Florida last year). South Carolina doesn't have the typical build of a team that can beat the Hogs. Doesn't mean they are necessarily bad, it's just that their style on both offense and defense is not the style that beats the Hogs. Someone pass the chicken...I think the Hogs get it done by 2 Touchdowns...

Hey for the first time ever in these editions of "WHO DA HELL", you guys can wake up a little later to get drunk! Preferable time for first beer is 10 AM. Get drunk, eat some chicken before the game starts. Take the leftover chicken, stick a beer in it, and give it to your favorite Gamecock fan...he's gonna need it. Tune into SEC SUCKS NETWORK to watch the Hogs probably blow it! Good news is, YOU'RE DRUNK AF SO YOU DON'T GIVE A DAMN!

The Toads are good this year folks. They are a sleeper for the CFP folks. They got College Gameday and a sold out Froggy stadium folks. Which means, they will naturally lose folks.

WAIT, WHAT THE HELL IS THIS?

This is a quote after the Crimson Tide beat the Ole Piss Black Rebel Bears 66 to fing 3...

"I’ll give them a 5," he said, much to the surprise of the reporters surrounding him. "We did alright. Like I said, we still got a lot of things we can change and improve on, but like I said we’ll get prepared for next week."

Haha...no comment. Just screw ya'll for making the SEC the dumpster fire it is today. Have a nice day and see ya'll next week Bama. Please kick our ass swiftly and as painfully as possible. Please do it so I can here more comments like this. Fing trolls...

Beat those cocks. See ya'll next week (oh shit...it's Bama week next week. I think I just shit myself...) 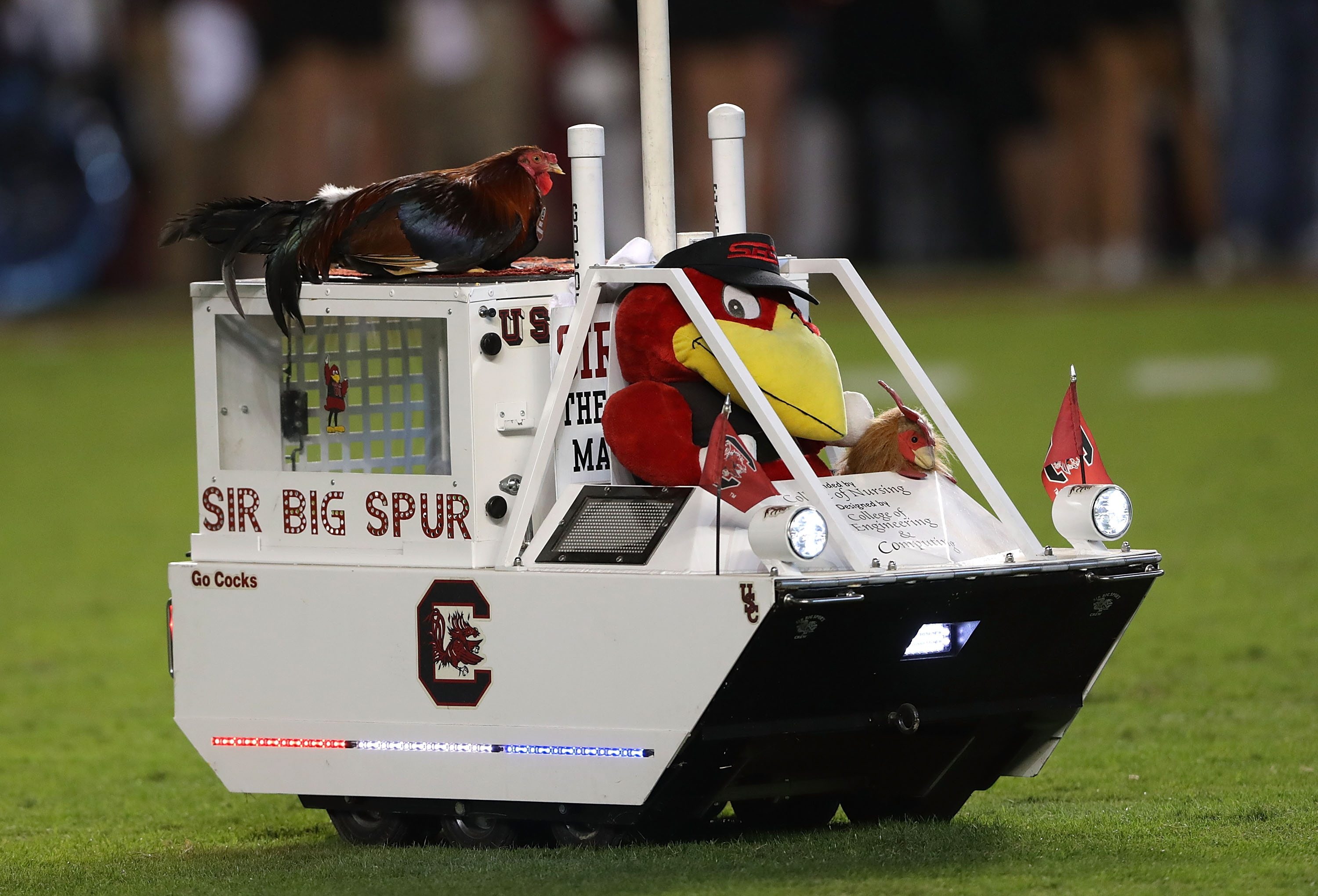