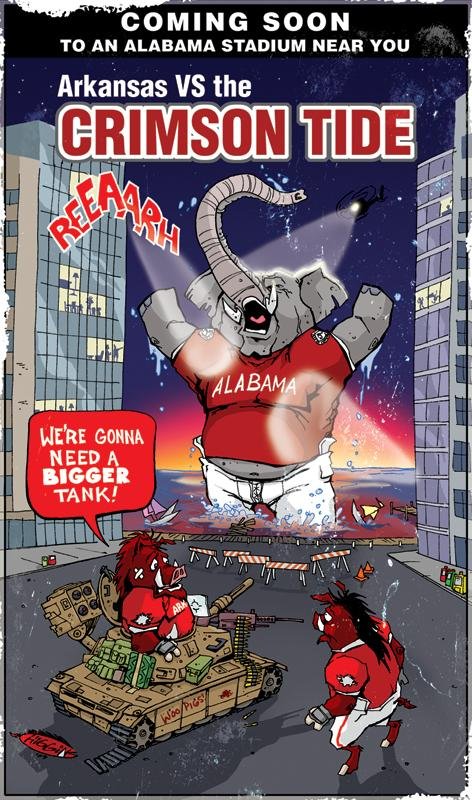 I want you to think really hard for a minute.

That old saying that never fails.

The one saying that was said to be dead after the heads of Tigers and Bears were mounted in consecutive weeks in 2014.

The one saying that wasn't said again after a young legend by the name of HUNTER DAM HENRY heaved a ball over the heads of some land-sharks.

Here is that old saying: 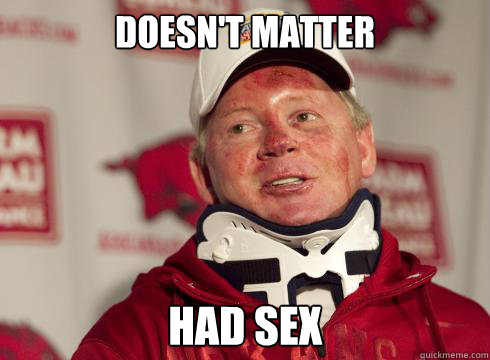 WHO DA HELL IS ALABAMA? 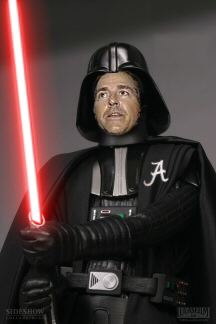 Fun Fact: Alabama's "Million Dollar Band" is actually called that because someone in the press box said, "your football is not very good, but your band is worth a million bucks." Little did that sucker know...

WHO DA HELL PLAYS FOR ALABAMA?

Best Players: Oh boy do I get to tell you how much talent Alabama has? I DO? Great :). Let's start off with...oh I don't know...Minkah Fitzpatrick. Yeah, no introduction needed. He can do it all. He is sometimes moved to linebacker but his main position is SS. I would avoid passing it anywhere near this guy. He will take it to the house. Next, how about some love for the punter J.K. Scott. This guy is going to be an NFL punter one day, and he is a huge part of this Alabama team because his kicks are so great that the field position battle is usually won by the Tide. Another amazing talent that Alabama has is the two headed monster of Bo Scarbrough and Damien Harris. These two guys will most likely be dragging hopeless Razorback defenders to multiple touchdown days. Sorry Hog fans, I just don't us even sniffing these two. Don't forget Jalen Hurts the quarterback as well. Oh he is mobile you say? GREAT :D!

Other Important Players: Literally anybody on this Alabama team. A team filled with 4-5 star talent is not going to see a lot of drop off in any position. Just saying...

HOW DA HELL DO WE BEAT ALABAMA?

WHAT DA HELL ARE THE BEST AND WORST CASE SCENARIOS?

Pixie Dust is sprinkled in the air.

Bret Bielema comes out in a fairy costume with little wings on it.

Austin Allen flies in from above with a halo about his head.

The offensive line rides in on horseback with metal armor.

The Hogs take the field vs. Alabama.

The Hogs and the Tide play for 4 quarters.

In the end, the Hogs don't lose by a lot.

Hell Fire rains through the air.

Nick Saban comes out in a devil costume with little horns on his head.

Jalen Hurts rises from the grown with a ring of fire around him.

The offensive line rides in on wheelbarrows with no wheels on them.

The Hogs take the field vs. Alabama.

The Hogs and the Crimson Tide play for 4 quarters.

In the end, Arkansas doesn't even have a team because everyone is so battered and bruised that they quit football.

We are not going to win. But I believe that teams play at their best with their backs against the wall. I think the Hogs will be competitive and at least fight for a half or 3 quarters. Alabama just has to much talent and players that eventually, even if the Hogs are still in it at the end, the Crimson Tide will probably come out with a three touchdown win or more by the time it's all over.

Oh boy do you get to get drunk on Saturday! It should be very easy for you to get a substantial amount of alcohol in by the time this game kicks off on ESPN at 6:15! Enjoy more drinks as you watch the Hogs pull off the upset of the century on National Television! WOO PIG BABY! 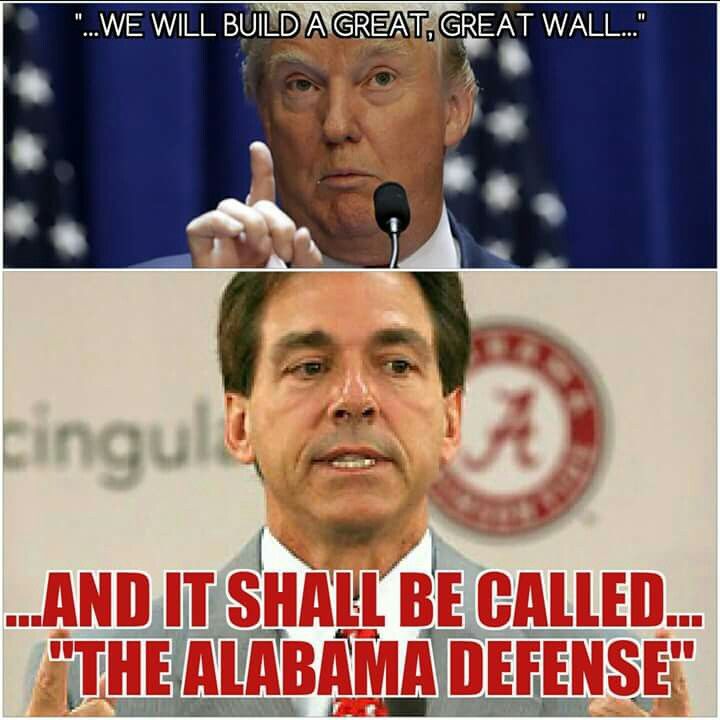 #12 Oklahoma Blew It vs TEXAS SUCKS

After the yearly Oklahoma meltdown last week, Texas is in a good position to steal a ranked win. Of course it's Texas though so...

WAIT, WHAT DA HELL IS THIS?

So if you watch a little bit of soccer every now and then. You probably heard that the United States Soccer Team failed to reach the World Cup for the first time since 1986. I don't watch a lot of soccer so apparently this is a big deal.

What I find funny though is the team that the lost to...Trinidad and Tobago...I mean WTF? Apparently this TOBAGO team had lost 6 straight matches and wasn't even in a position to get to the World Cup. Guess it didn't matter.

Please have mercy on us Alabama/Nick Saban Daddy. See ya'll next week. 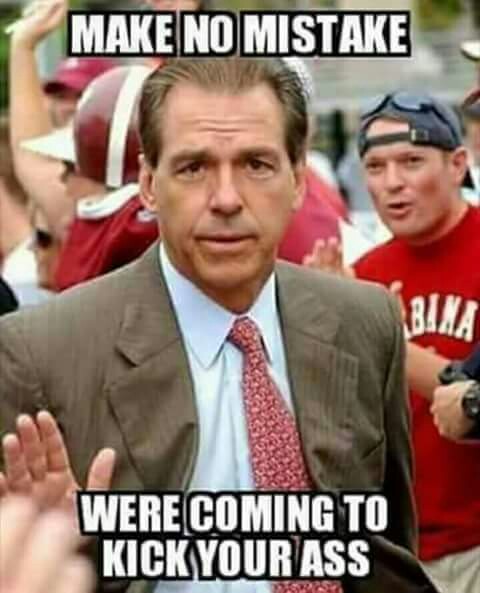