Share All sharing options for: Hogs vs Huskies, Tough Sledding?

We have heard all along that the Razorbacks have the toughest schedule in the nation, and this game against Northern Illinois will not be the easiest cupcake. The Huskies are a team loaded with upperclassman on both sides of the ball who have played in conference championship games and several big bowl games against top level competition. A more talented but less experienced team in Arkansas will be looking to take another step up the ladder from the bottom of the SEC. This game against NIU will be like standing at the doorstep into the cage fight brutality that is the SEC conference schedule. Lets take a look at what Northern Illinois will bring and what the Razorbacks will need to do in order to win. 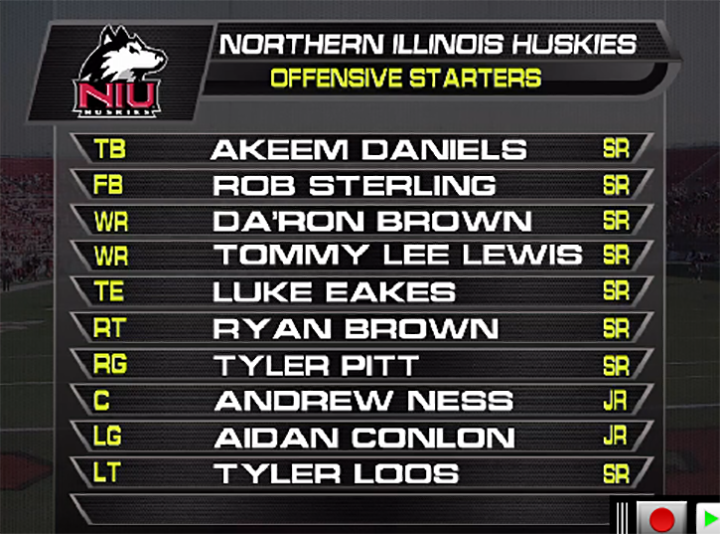 Northern Illinois likes to speed up the pace just about as fast as anybody in the nation. The Huskie offense has an experienced stable of running backs, and several WRs that are capable of getting open down field. Akeem Daniels may not be able to go, but it will be interesting to see how well the Arkansas defense can contain the distinct mixture on the Huskie roster. Daniels fills the role of the small, speedy, outside runner from the shotgun, as well as backup Keith Harris Jr. NIU also has two big backs that will carry the ball in addition to QB Drew Hare who has accounted for 156yds on 30 carries. Hare has good size and decent speed in their QB power and Zone read game. Their version of the Hurry Up Offense differs from what Arkansas has faced so far, and I will delve deeper into that in a bit. 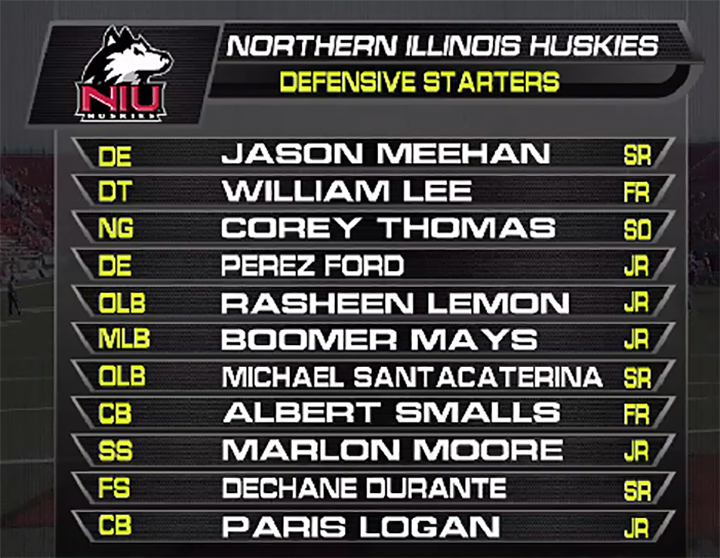 The defense for NIU has better measurables than what Texas Tech put on the field last week. The front four are not going to be as undersized with the exception of Perez Ford who is listed as a 225lb DE. I have a feeling the first run of the game will be in his direction. Just do not see how he can stand up to Skipper, and Cook on either edge in addition to a fullback or pulling guard coming his way. He was able to rack up 5 tackles and a sack against UNLV, which given his quickness may mean more of a threat in pass rushing situations.

To Pass or not to Pass?

So on to the topic of passing, many discussions this week have focused on Bret Bielema's comments regarding the run-heavy play calling last week against Texas Tech.

Arkansas has called 137 rushes, and 57 passes so far this season which puts them right at 70%, and 30% pass. Is there any reason to throw the ball just to say they did? Not really. His and Jim Chaney's stated goal of getting over 200yds rushing and 200yds passing can be achieved with this breakdown. To get to that number in the air it will not necessarily take 20-30 attempts. Three or four good solid playaction chunk plays of 25 yards plus along with those short quick game passes to tight ends and backs mixed in would get to that number in a hurry. He is not saying his team needs to be 50-50 in play calling, just that they need to be efficient in those passing opportunities along with the strong rushing attack.

Bret Bielema is familiar with the Husky dogs from Northern Illinois:

In 2011 his Wisconsin coached team beat NIU 49-7 racking up over 600 yards of offense and holding them to under 250. Different teams, different times, different situations, but I think the gameplan will be the same. In that game Russell Wilson completed some deep passes off of playaction due to NIU selling out on the run blitz. I look for a similiar thing to happen for Arkansas, the big question is whether they will be able to take advantage of those big plays.

The Northern Illinois offense will us power concepts out of empty shotgun formations. To stretch the field horizontally they will also use bubble screens and jailbreak screens. At times both a QB Power or Zone read will be called with a Screen attached. The Arkansas DBs will be challenge out there to fight off blocks and make those 1 on 1 tackles. The Arkansas defensive line should be looking forward to the opportunity to put some hits on the QB after two opponents who used quick short passing games the last two weeks. A highlight reel clean hit by Spaight on the running QB would energize the Arkansas defense and change the gameplan for NIU.

Watch how the Arkansas defense adjusts to Jet/Fly Sweep motion. Northern Illinois likes to use this motion like Auburn does, both as a way to get speed outside, as well as a fake and counter.

Watch how tight the NIU offensive line splits are. Big contrast there from the Texas Tech Air Raid 3 ft splits, to 1 ft splits with the Huskies. Will make it tougher to get penetration on run plays and the Arkansas 1 tech and 3 tech will see a ton of double team/ combo zone blocks.

I think Arkansas will be able to run the ball at will against NIU picking up consistent gains. Will Arkansas be able to hit on those big playaction passes over the top? The same question applies to the Huskie offense and whether they will be able to connect down the field to open up their running game. The Arkansas secondary showed signs of improvement last week so lets hope that there is progression and not regression this week. A night game in Fayetteville, early Fall, against a quality non conference opponent, the place should be rocking.