What Is The "Something Big" Arkansas Plans On Revealing? Uniforms? Logo?

The Arkansas athletic department released a mysterious video on Monday. What could it mean?

Share All sharing options for: What Is The "Something Big" Arkansas Plans On Revealing? Uniforms? Logo?

The athletic department has enjoyed teasing you on what the big unveil in April will all about. First, they changed the shade of red they will use on graphics and paper products, but not jerseys or clothing. But there are more changes to come, apparently.

What does the latest video from UA mean? Watch the teaser and see for yourself.

There have been a lot of rumors about a new logo on message boards and twitter. Mike Waddell even addressed the issue on Monday.

"@BHF_WPS Please tell me were not changing our primary logo" No. But something big is coming...

The key word of course is "primary." So the Razorback we all know and love is likely safe. But is there a new secondary logo coming? You can see at the :14 mark a silhouette. It is only on the screen for one second, but here is the screen shot

Of course, they could just be trolling us with a silhouette of this guy

Maybe they are changing the mascot from the Razorbacks to the Pumbaas. Or it could be a silhouette of this Razorback superfan. 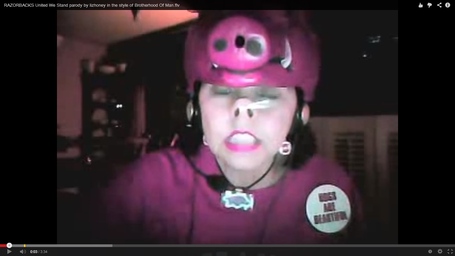 Jokes aside there is one thing we do know. There will be new uniforms this year. It has been tweeted that they will be closer to the Darren McFadden era jerseys below. 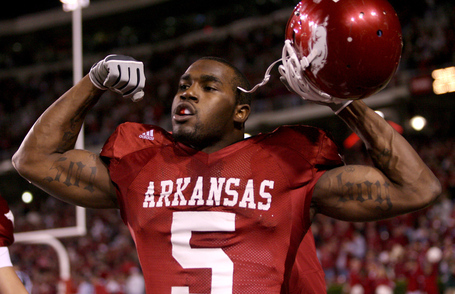 UA officials have said they would be revealed sometime leading up to the Spring Game, so maybe that's all they're referring to.

Maybe they've finally been able to train a Hog to run out on the field through the A. Is that the silhouette of a Hog?

If it is a new secondary logo, the athletic department better beware. New secondary logos don't always go over too well. LSU introduced "Toonces" and he lasted about a decade before being phased out this year. The poor mascot had lower approval ratings than Congress.

It was despised so much that they eventually decapitated it and only used its head (no actual Tigers were harmed during the making of this logo). 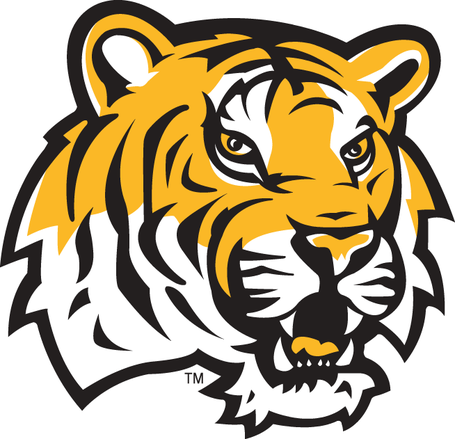 From a standpoint of the Arkansas athletic department, the timing would be right for a new secondary logo. Although, the thought behind eliminating all other hog logos was to unite the fan base under one hog. So why now add a new hog? They have spent the last few years trying to phase out the "popcorn" hog of the 2000s. It was most recently used at Hog Heaven.

The fact of the matter is, we know what the secondary logo should be. Everybody loves it and opponents fear it. 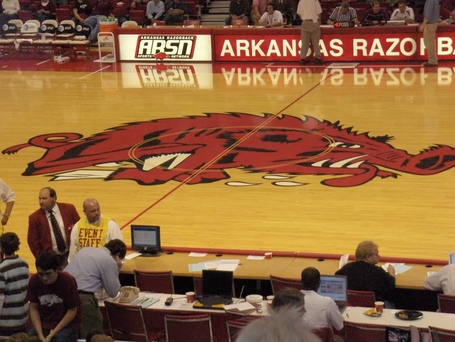