The athletic department has hinted at a new pregame player entrance. They have said it’s something that will be talked about all across college football. Here are a few guesses at what they mean.

Gameday excitement reaches an unbelievable level the moment the Razorbacks run through the A. It’s an awesome tradition, but recently members of the athletic department have made some comments that there may be something new in store this fall, something that will have the entire nation talking.

Could it be more fireworks? Thicker smoke machines? Have most fans had enough of the same old entrances? Here are a few completely serious guesses at what the UA might do to get the crowd roaring to an unheard of level.

No sport entertainment puts on a better intro than professional wrestling. Smoke, lights, props, zip lines, they use it all. Get Jeff Long some old Wrestlemania videos. This is what the Razorbacks need to turn an 0-8 SEC record around. 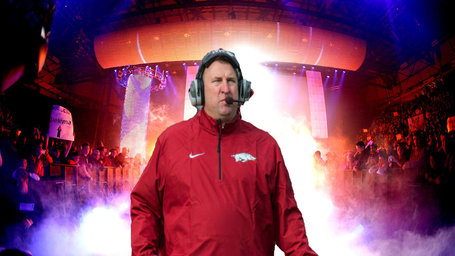 Every school in the SEC is looking for the next edge in recruiting. What if you were told as an 18 year old recruit that the entire building would be lifted up for you to run out on the field? Would be the deal closer on every 5 star recruit. 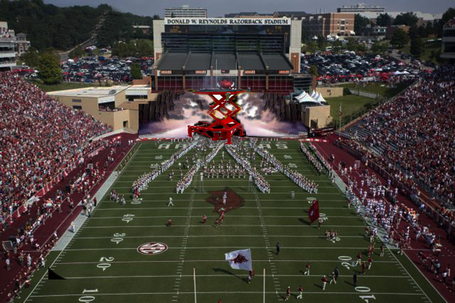 Why not a giant water slide? Nothing special, Bret Bielema and his crew just hop on the slide down to the sideline. 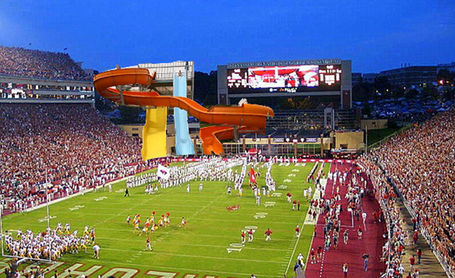 They’ve set the expectations bar pretty high for this, so these all seem reasonable to us. Easily within the realm of feasibility.
What do you think? What would be your most over the top entrance for the Razorbacks?