Keep coming back here throughout Monday night as we watch the Hogspy's and finally get to see the new uniforms, logo, etc. Should be fun.

9:20: OH! SHE BROUGHT OUT A FOOTSTOOL FOR KIKKO JUST TO MAKE HIM EQUAL HER OWN HEIGHT! OH!

9:14: Jeff Long wraps it up. Tells Michael Qualls he'll have to fork over more than $100 for Jeff's custom made shoes. Also says, "we have nowhere to go but up". Don't we all know it. Gives the usual "I'm proud of all of you" speech.

In case you were wondering, no, Bret Bielema, Mike Anderson, nor Dave Van Horn were nominated.

9:04: Male Student Athlete of the Year: Sebastian Cappelan (golf). Cappelan has been a great golfer for Arkansas, and the golf team is actually really good.

8:55: Was not expecting them to show Bielema tripping and falling on his way into the stadium before the A&M game. That was a surprise.

8:38: The Nike rep went on stage and explained some of the changes regarding font and text and such. Nothing earth-shattering. Standard "theme" stuff. 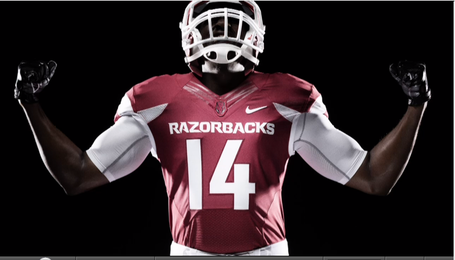 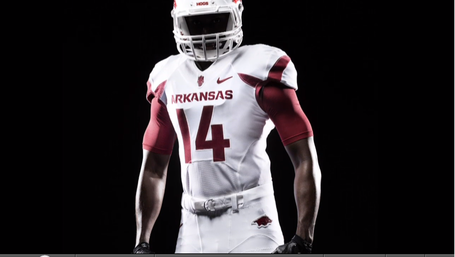 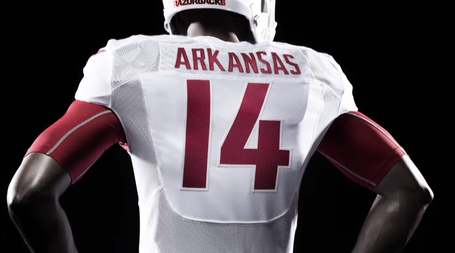 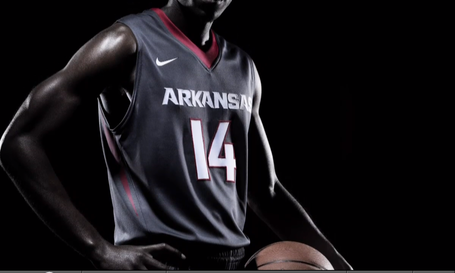 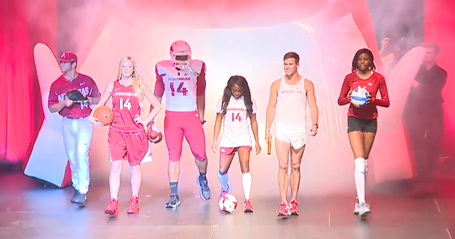 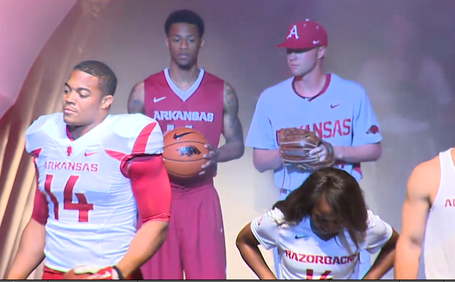 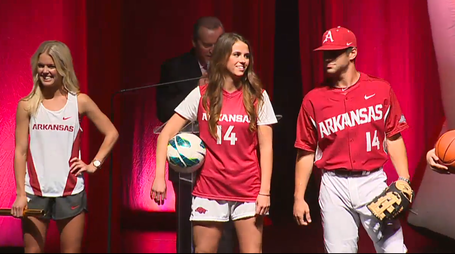 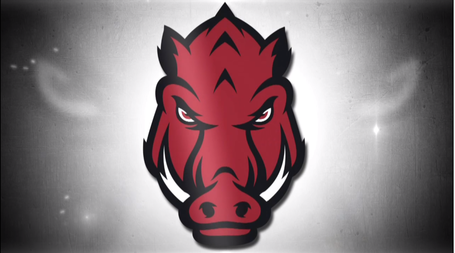 8:22: Female Brandon Burlsworth award goes to Emily Podzielinski (golf) and male goes to Kikko Haydar. You knew Kikko wasn't getting out of here without winning something.

8:17: I'll never understand how video ads never have any problem playing, but the content you want to see has zillions of streaming problems.

We are experiencing an issue with the Hogspy stream and are working to get it back up as soon as possible. We apologize for the issues

8:13: Serious buffering issues. Haven't been able to get through the Hog Tough Award. Anyone else having problems?

8:06: Tera Bradham from swimming wins a graduation award with another pair of ladies. I'm fuzzy on this one because it was rebuffing as the presenters flirted with each other. Lots of flirting at this here Hogspys.

8:03: Oh this dude (did they say soccer coach?) would just annoy the heck out of me

8:00: "Heart of the Hog" goes to Bailee Zumwalde. She's racking up tonight so far. Like a U2 album at the Grammy's.

7:57: Male rookie of the year goes to Omar McLeod from the track team. THIS IS AN UPSET OVER BOBBY PORTIS! Vegas had Portis at 2:1, probably. McLeod won the 60m hurdles national title.

7:55: Female rookie of the year: Jessica Jackson from the women's basketball team. She TOWERS over Brad Nessler. Luke Charpentier presents and is smooth. They also show a shot of Bielema who is not wearing a windbreaker and flip flops. He's wearing a suit jacket with a shirt. Top button unbuttoned. Natch.

7:43: Jimmy Dykes is our host. Oh hey Brad Nessler! Jimmy's buddy! Or is Nessler the host now? I don't know.

7:37: Was that Jimmy Dykes? Is he the new resident MC for Razorback events in addition to his women's basketball duties?

7:30: We all know this early rap music is in honor of Chris Bahn's attendance, right?

7:16: We're watching this on RazorVision here. Yes it's RazorVision so hopefully it won't suck tonight.

7:15: Who's ready for a night of "brand identity"? No, this is not an undergraduate marketing class, this is actually a celebratory awards show!