Arkansas Gymnastics Team Falls To LSU - or - A Neaux Geaux

I have a secret to tell y'all, come sit by me.

Share All sharing options for: Arkansas Gymnastics Team Falls To LSU - or - A Neaux Geaux

Gymnastics ranks beside football and baseball as one of the most competitive sports in the ESS-EEE-CEE (basketball is a real hit-and-miss occasion, if you see what I did there.)  You can tell by the distance their respective fan bases will drive to support their heroines in leotards.  In the case of the Louisiana State University Tigers, that distance is approximately 400 miles.  It was cold last night as the eleventh-ranked Arkansas Gym'Backs faced third-ranked powerhouse LSU at the Gym'Back Pink Meet.

Inside Barnhill, however, the ‘Backs battled heatedly against a stellar opponent, and their loud, corndog-smelling fans who are (in) famous for Duct-taping bottles of Jack under the stands in Death Valley and who undoubtedly sneaked in monogrammed flasks for the evening festivities. 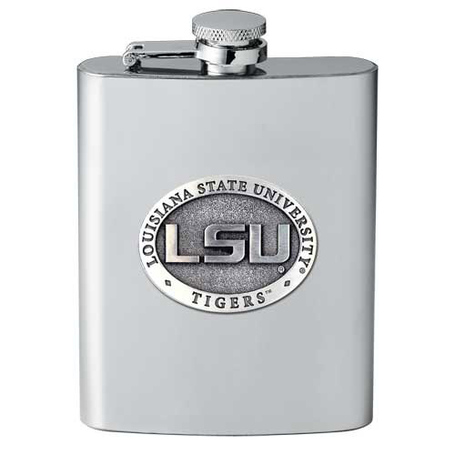 For the lush on the go.

Senior ‘Back and fourth-ranked NCAA gymnast Katherine Grable led the ladies on the floor where senior ‘Back and Baton Rouge native Scarlett Williams enjoyed an audible hiss from the men in purple.  Tensions loomed like James Carville's cranium and despite Tiger victory, neither team disappointed.

Arkansas opened on vault while LSU, led by third-ranked individual gymnast Rheagan Courville, set up on bars.  Sophomore Heather Elwsick started the team with a near-perfect vault that earned a 9.8.  Unfazed, the ‘Backs dominated that event as junior Stephani Canizaro, frosh Amanda Wellick, and Williams each ranked a 9.85 and concluded with Grable's soaring performance that was worth more than the 9.875 from the judges' table.  Meanwhile, the Tigers nailed a series of complicated, high-flying bar exercises that proved why they are ranked seventh in the NCAA on that skill.  At the end of the first rotation, the ‘Backs led 49.2500 over the Tig-ahs 49.200.  The enemy seated behind the media table chanted "L-S-U!!" as the Razorback marching band blared "TUSK!" to rub it in. 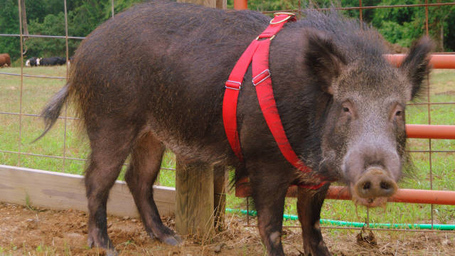 Don't say that ya love me, aiyyeee!!

Yet, he good times only crawled as the teams entered the second rotation with our ‘Backs on bars, Tigers on vault. LSU is ranked fourth on vault, while Arkansas is nineteenth on uneven bars.  The discrepancy showed, despite real mettle from the ‘Backs after two disasters last week against Auburn.  Handstands-a fundamental element of bars-proved kryptonite for the squad, and some bobbled landings affected scoring. After re-grouping, sophomore Erin Frier handed in a solid 9.8, while senior Shelby Salmon gained a 9.85 and Grable's practically flawless 9.9.  Not enough, however, as the Tigers dominated vault like they were Uma Thurman facing the Crazy 88s. The Gym'Backs trailed LSU, 98.575 to 98.225. 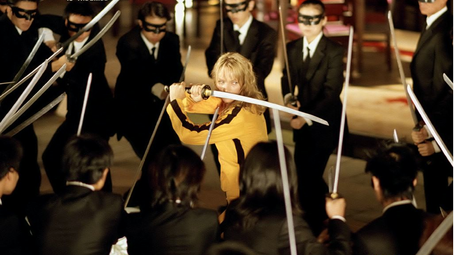 Steeled, Arkansas took the beam while the women from Red Stick went to floor for the third rotation.  The teams were fairly evenly matched for this event, as the Tigers are ranked third and the ‘Backs, fifth.  Salmon opened beautifully for the event, but fought uphill after a big balance check early in her routine that left her with a 9.65.  The judges saddled Frier with the same score after she struggled against a balance check on an otherwise dream of a routine that she managed despite being tall like Tree Beard. Perhaps because of nerves from watching her teammates' dilemma or her youth, frosh Wellick ALSO faced a balance check during a challenging exercise, and unwarranted booing from some fratty assholes dressed in purple who probably were upset about the dearth of corn dogs at Barnhill. 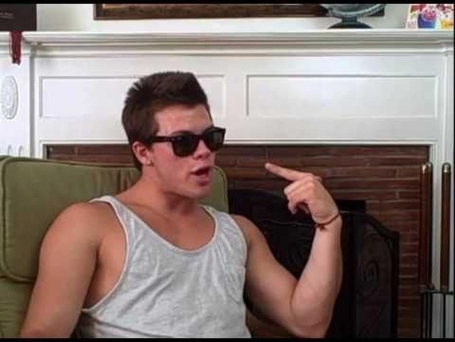 To their credit, other LSU fans and Tiger gymnasts immediately dressed them down, along with Gym'Back fans, naturally.  Sophomore Sydnie Dillard and frosh Samantha Nelson proved how good the ‘Backs are with a pair of 9.825, while Ol' Reliable (Grable) delivered a beautiful 9.9 of a performance. That dazzler still could not edge LSU, however, who insisted on ending every routine with a Tiger roar.  Like cinema for the blind.  Katy Perry singing "Roar" whilst snacking on Frosted Flakes would be as subtle.  Grudgingly, Courville and junior Llomencia Hall delivered some spirited, athletic routines that deserved the pair of 9.925 they earned.  Arkansas is ranked eighth, nationally, on floor, whilst LSU is ties for ninth place.  IT'S LIKE WE'RE FLIPSIDES OF THE SAME COIN. Still, we needed beam AND floor if the ‘Backs were going to hold that Tiger, and Arkansas' bevy of small errors from bars, plus the balance-checks on beam were crippling.  I was frustrated.

Despite challenges, our heroines were still game. Nelson, and her spunky, Dropkick Murphys routine, landed a triple piked floor pass that stunned, while Dillard shined in a flamenco-inspired routine that deserved far more than the paltry 9.7 it garnered.  Elswick brought home a 9.825 with a routine that has so much personality, I'm going to call it her "Breathless Mahoney" for the rest of the season.  Wellick's dramatic, powerful passes earned another 9.825, and Kat Grable rounded out Arkansas with an electric performance that got the 9.95 it deserved.  Credit where it is due--LSU churned out a series of gorgeous beams that culminated in Courville's 9.925 stunner.  In many ways, this meet, unlike others, was a contest of who could out-gorgeous the other.  Alas, the Tigers topped the ‘Backs with a 197.225 team final to Arkansas' own 196.275.  Satisfyingly, however, Katherine Grable took home her fifth all-around title, besting third-ranked Courville with a 39.625. 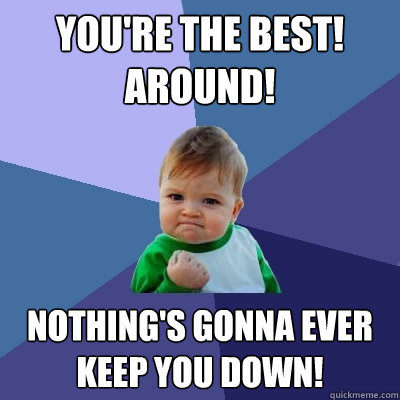 In the post-meet interview, Grable remarked on how hard this squad had worked to overcome last week's unfortunate giveaway to Auburn, and it showed.  The ‘Backs were tighter, more focused, and absolutely determined to give everything they had.  And they did, despite some errors and some questionable decisions from the judges' panel for the second week in a row.  Co-head coach Rene Lyst acknowledged where the team needed to make improvements.  Fundamentals and concentration are key areas that need attention, especially as the gals roll into Gainesville to face the number one-ranked Florida Gators next week.  Nevertheless, this squad has limitless potential, and they showed that tonight even as there is still some work to be done.  Power up, ladies!!  In the SEC, we take layouts and back tucks as seriously as pass interference, and the faithful are headed on the 1,000-mile trip to Gator Country.  GO ‘BACKS!!