Some quick thoughts on the Hogs' 2014 recruiting class.

First, we'd like to offer our congratulations to all the new Razorbacks. We're excited to have them and hope they have great careers at Arkansas.

Unfortunately, you can't talk about Arkansas' Signing Day without acknowledging the early disappointment when Solomon Thomas pulled the tree from under the table and committed to Stanford.

As we've mentioned in the Signing Day previews, Arkansas didn't have a desperate need for defensive ends - although he likely would have made a great impact - but he was the key for putting an unquestionably positive light on Arkansas' class. The Hogs would've finished in the Top 25 in the composite rankings. ESPNU would've replayed a high profile player committing to Arkansas all day instead of committing to Stanford (similar to the Denver Kirkland experience last year). But it didn't work out. And when Demetrius Jackson held firm with his commitment to Miami an hour later, that knocked the mood down another level.

But unfortunately, that overshadowed the commitment of JoJo Robinson. He's a tremendous prospect with great offers, and plays a position in which Arkansas desperately needs playmakers to come in and help as soon as possible. He brings a skill set that Arkansas simply didn't have last year. Perhaps he would have made a bigger splash with the fans if he wasn't widely expected to flip to Arkansas for the last couple of weeks, but he could prove to be among the most important commitments in this class, at least in the short term.

Some other quick thoughts on the class 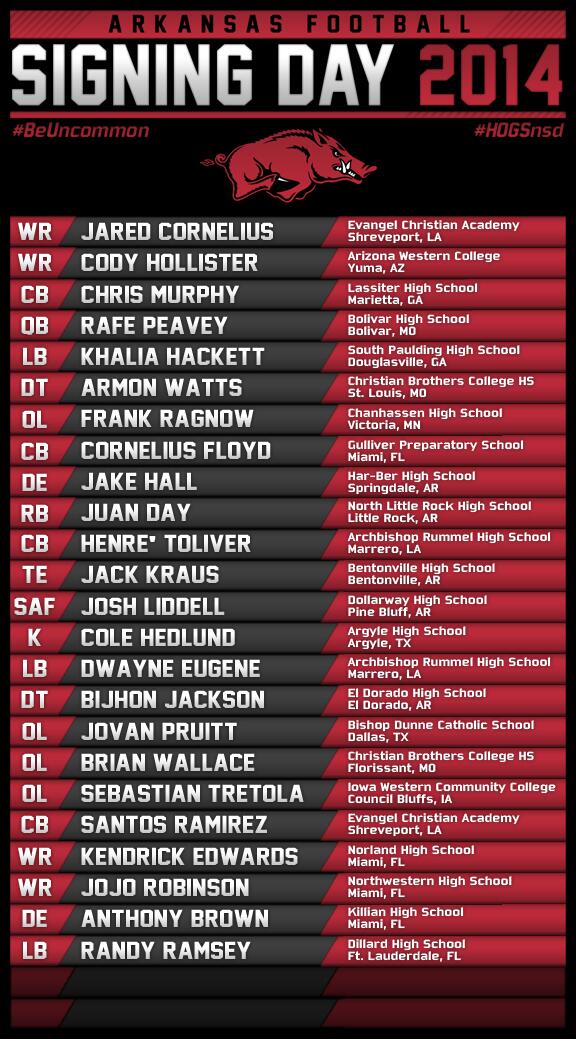 That's my initial reaction to the class. What do you think?