The Weekend That Will Be: Let's Get Weird

You never know what a potentially unassuming weekend can bring to the table. It got me to make some art.

Share All sharing options for: The Weekend That Will Be: Let's Get Weird

As is the case most of the time after a weekend like the last one, where the College Football Playoff picture was rearranged with possible season-defining wins and losses, we get a weekend to recover. Saturday does not offer the same high-profile matchups, but it is usually a modest schedule where order is thrown out of the window. It's a game relying on 18-22 year-olds' decision-making skills. Nothing can go as planned.

Let's get weird this weekend with upsets (if we Hog fans could only be so lucky)...

"To trust Utah or to not trust Utah?" That is the question for the playoff committee. Is their hot start a byproduct of who they've played? The bestwin on their resume is a thrashing of an Oregon team that has no stability at quarterback. However, it's easy to trust a team off of a bye week at home playing a Cal team which struggled putting away a garbage burnt orange team in Austin, Texas.

If you haven't heard yet, Arkansas has an enormous offensive line. If you're a Razorback fan, this fact has been hammered down your throat in every telecast. Can this massive human blob move Alabama's massive human blob and create holes for Alex Collins? Eh... Not likely. Arkansas is playing the Tide about three weeks too late if they wanted to sneak in Tuscaloosa and steal a win.

Michigan Man, Jim Harbaugh, has restored faith in the Wolverine faithful after a beat down against yet-to-be-officially-fired Randy Edsall of Maryland. Harbaugh's counterpart this weekend, Pat Fitzgerald is leading his alma mater back to prominence as well with nice wins over Stanford, at Duke and shutting out Minnesota. The seven points proves too tempting this week as this line has moved down considerably over the week from 12.

I created this image if either the Michigan or Northwestern athletic departments are interested in marketing opportunities: t-shirts, posters, coffee mugs, pencil cases, etc.

This is a huge letdown spot for the Gators who demolished a then-ranked No. 3 Ole Miss team last week at home. Possibly the best defensive line play of the season will be featured on both sides of the ball with each respective unit being its teams best group. Mizzou might have found its quarterback as we enter into what is being deemed as "Lock"tober... Drew is his name and throwing safe passes is his game.

The Christians from Texas did not have mercy on the Longhorns last weekend, establishing a 30-0 lead by the end of the first quarter. They are on fire (not like the kind from hell, of course) right now, and face a Wildcat team that has always played well at home. Smart money might be on Kansas State, but I would be kicking myself two times over watching the Horned Frogs cover.

It's a rivalry game with a lot on the line for the visiting coach so there's no telling what can happen. Miami's Al Golden has what we like to call hot buns. Whether that's warranted or not is another question... The Noles could be down their top playmaker, running back Dalvin Cook, and the Everett Golson experiment is having a rough start. To quote a friend of mine (and avid FSU fan), "Miami's Oline is baby s#!& soft." On that insight alone, I can't not take FSU.

To be honest, there will be a better atmosphere at Tiger Stadium than ever would have been at Williams-Bryce with USC playing like the worst team in the SEC. The Gamecocks might stand to make more money by playing every "home" game on the road for the rest of this season. And to be honest, it was a disservice to all of college football for LSU not to have their full allotment of home games (they couldn't play their opener because of rain). 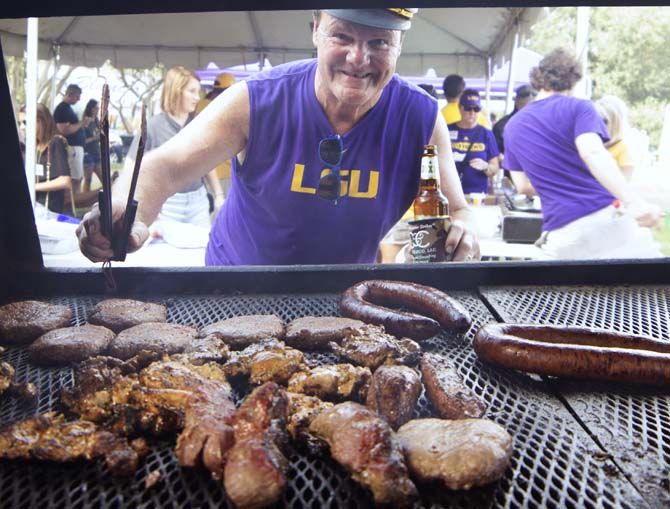 Both of these squads have suffered losses to good teams and have nothing to be ashamed of, except for late game management [looking at you Butch Jones]. However, this is a huge game in terms of perception of the programs. I have no confidence in my pick, but I've learned that such a low number from Vegas means you  should take the Vols here. At least UT will play er.... look good er... different?

This line doesn't matter. Take the favorited Sooners and enjoy watching a beleaguered Texas team try and avoid a twice-fried pummeling at the Texas State Fair. And since everyone at the game will certainly leave early, be sure and check out the fair's exhibits. Fun fact: My mom won the water color painting contest in the gradeschooler's division at age 8.

With no clear-cut choice as to who should make the top 10, here are a few others that might pique your interest. It goes against conventional wisdom to bet against this many home dogs. I can't help it.