The Razorbacks may have the day off, but good news, there's still plenty of quality college football to fill the day.

I hope you're fortunate enough to be able to watch college football all day when the Hogs aren't playing, because there's some fun ones scheduled for Saturday.

It's a blessing really. With all the stress that went into the A&M game last week, it was impossible to watch any of the night games. That shouldn't be a problem this week.

One game Saturday that's a personal favorite of mine is the Tennessee/Florida game. It always takes me back to the year after college I spent in the Smokey Mountains. It was the 2004 season, and we'd made some friends by that point and went to their house for a watch party. It was the first time I'd ever been to one that didn't involve the Razorbacks and everybody there was a fan of one of the schools playing. I, of course, hated the Vols from the Peyton Manning years through the Stoernover through the DWRRS debut and the 6OT game, so me and one other guy were for Florida. Everybody else was in orange and singing "Rocky Top."

It turned out to be a classic game. Finally, Tennessee won on a last-second field goal, which was aggravating to no end. But it was also cool because that's when I really started to embrace all of college football, especially the rest of the SEC. So this game always brings up fond memories for me.

That positive SEC feeling went on for about a decade. But losing 14 straight SEC games got me like: 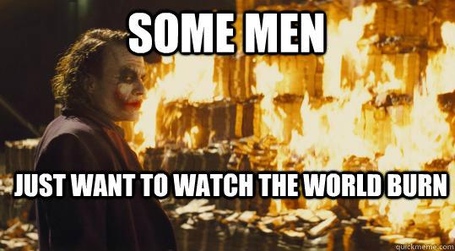 So anyway, enough about me. Here's this weekend's TV schedule. All times Eastern because the Devil got ahold of it.