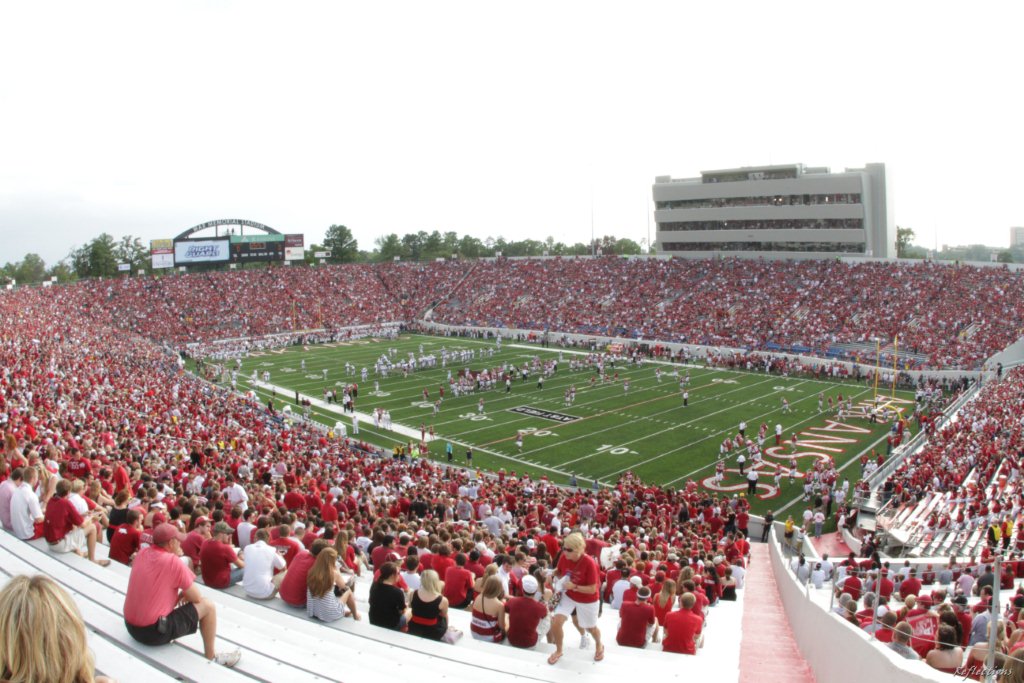 Previewing the Game between the Razorbacks and the Braves

TV/Game Time: You can find the game on the SEC Alternate Channel. The game is scheduled to kickoff at 11AM Central from War Memorial Stadium in Little Rock, AR.

Rankings: Arkansas is ranked 22nd in the USA Today's Coaches Poll and 20th in the Associated Press Top 25, Alcorn State is not ranked.

Team History: This is the first meeting between the Razorbacks and the Braves

All Ratings are based on a 5 star grading system. 1 star=As bad as it gets, 2 star=Below Average, 3 star=Average...with some bright spots, 4 star=Very talented, 5 star=REALLY STINKING GOOD

Arkansas: Austin Allen (81-121, 1026 yards, 9TDs-2INTS) is a stud. After starting the season shaky against Louisiana Tech, Austin Allen has thrown 0 interceptions and has been clutch when his team needs him to. It is very important he stays healthy throughout the year, as Ty Story (0-1) may not be ready for the SEC grind yet.

Alcorn State: Noah Johnson (43-69, 482 yards, 4TDS-0INTS) is going to be the likely starter for Alcorn State against the Hogs after Junior Lenorris Footman (16-32, 199 yards, 1INT) is still recovering from an injury sustained earlier this year. It will be interesting to see if Footman does make an appearance in this game, as he played a bit last week vs. Grambling but was noticeably limping his way through the game.

Arkansas: Though the Razorbacks have a mostly proven running back in Rawleigh Williams III (88-433, 4 TDs), there isn't much behind him in production. Kody Walker (25-89, 1 TD) has been very inefficient this year, and Devwah Whaley (24-85) must get the ball more to compliment Williams. Maybe this week is the week they can get back on track.

Alcorn State: Arron Baker (25-179) is averaging 7.0 yards per carry with no touchdowns yet this season. De'Lance Turner (36-162, 1TD) and Noah Johnson (29-162, 4 TDs) have been giving them a nice boost in short yardage situations. Overall, this group is good, but against Arkansas, will probably not be as great as they were against lesser competition.

Alcorn State: Jaborian McKenzie (21-226, 1 TD) is giving the Braves some study production. After that, no one on the team has more than 10 catches. That may not necessarily be a bad thing (it shows they can involve a lot of people), as Norlando Veals (9-135, 1 TD) and LaDarrien Davis (6-70, 2 TDs) are making some impact. However, they might need all of them to play their best game ever to win this one.

Arkansas: Dan Skipper is the best O-Lineman on the Razorbacks. He contained Garrett the best he could, and while Garrett did get to the QB at times, he recorded 0 sacks. That is a positive. Hjalte Froholdt is getting better. Frank Ragnow is becoming a leader. Past those 3, it's tough to say. Brian Wallace got the start last week, but I am not so sure about him yet. Jake Raulerson needs to improve.

Alcorn State: N/A...though they do a good job at protecting the QB who has only been sacked once this year.

Alcorn State: They have a stud. Darien Anderson (30 Tackles, 6.5 Sacks-41) is a sack machine. He is a tough guy. After that, production falls off a bit. Stacey Garner (10 Tackles, 1.0 Sacks-5) is another person to watch. Those are really the only two worth mentioning for the Braves D-Line.

Arkansas: Dre Greenlaw (32 Tackles) is the team leader in tackles. He is really good. Brooks Ellis (30 Tackles, 4 TFL) is the Tackle for Loss leader on the team. He is really good. After that, there needs to be more, and there isn't, which keeps this position from having a higher rating.

Alcorn State: Michael Hurns (25 Tackles) is the best they have at the LB position. Trae Ferrell (9 Tackles) is world's away from Hurns. Arkansas should be able to run all over this position for Alcorn State.

Arkansas: Santos Ramirez (19 Tackles) forced a fumble last week against A&M, and has been much better than last year. Henre Toliver (15 Tackles) is also better than last year, but still must get better. Ryan Pulley (13 Tackles, 1 INT) has really emerged from last year. D.J. Dean may still be hurt a little bit, he stayed with step on the 92 yard TD pass, but fell down at the end.

Arkansas: Toby Baker (46.1 Avg. Punt) has a big leg. Cole Hedlun (4-5 LONG 38) doesn't like to FGs when it matters, so if it is close, I don't trust him. Arkansas needs to get better kick returns and kickoff coverage.

Alcorn State: Haiden McCraney (40.05 Avg. Punt) is a consistent kicker. He also kicks field goals and has one 46 yard field goal. Alcorn State does have one kickoff return for a TD, so Arkansas needs to watch out for that.

Arkansas: War Memorial Stadium has been a nightmare for the Hogs these past few years, but the Hogs should be eager to get back to winning in this game. They outmatch the Braves and should be ready to go before the Alabama game.

Alcorn State: 1-2 was not an ideal start for the braves, and they may be running into a buzz saw in this one. It will take everything going right and more for the Braves to pull off the major upset. One requirement for the Braves may be getting a Special Teams TD...where they have the best matchup against the Hogs.

Though Arkansas has struggled at War Memorial Stadium these past few years, this team should be fired up and ready to put the A&M loss behind them. This team is going to be a good football team this year, and a nice Rent-A-Win game like this should build some confidence going into a showdown with the Crimson Tide.