in the grand scheme of things it was a pretty boring week of SEC football unless you're from Baton Rouge or Starkville.

No one rolls through non-conference games like Nick Saban (sans ULM in 2007).

Another week, another scrappy win over what we thought was a far inferior opponent. The Gators will not be afforded such opportunities against Florida State.

It's a hard pill to swallow when you lose scoring 50 points. No fault to the offensive unit here. The respective coordinators and their play-calling should be thoroughly questioned. TCU Girl displays my thoughts:

How much do Rebel fans hate Arkansas now? If they only stopped a 4th-and-25 and an ensuing quarterback sneak on a two-point conversion, Hugh Freeze's team would be playing for an SEC West crown in the Egg Bowl. There's still a strong chance for a New Year's Six bowl.

Here's another team that will be wondering what could have been if not for some questionable late-game play-calling against the Hogs. The Vols should reach eight wins when they host Vandy this weekend.

Reports are that Les Miles' days on the LSU sidelines are nearing an end. And if you listened to his post game presser when asked about his job security, he was utterly confused. That could be because he's not too confident that he'll be around, or it could just be Les being Les.

Surviving an overtime battle with Georgia Southern does nothing to inspire confidence as the Bulldogs travel to Athens for a game with Georgia Tech. Not to mention that Richt has lost two in a row to the Yellow Jackets.

Bowl eligibility wasn't supposed to occur this late in the season for the Tigers.

One touchdown for the Aggies offense in Nashville this weekend, which came on a 95 yard pass. Hero of the game? Field goal kicker, Taylor Bertolet. 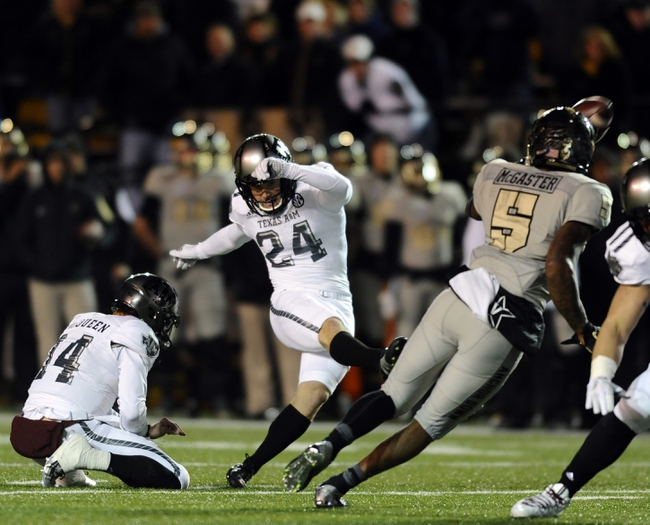 So you beat Charlotte. At least you didn't lose. Bowl eligibility (and saving a horrendous two-month free-fall) can come win a win over Louisville.

If the offense had done anything, their game versus Texas A&M might have been interesting. The defense "held" the Aggies to six field goals.

Gary Pinkel's coaching career in Columbia came to end on a sour note as you can tell by glimmer in his exuberant face: His Tigers will be fighting for a bowl berth and a copycat rivalry trophy.

Remember when the talk was about coach Shawn Elliot simply losing the "interim" title? He's lucky to still have the "coach" title after losing to The Citadel