The Tigers and Tide appear to be on a level all their own.

The Tide are back to being a national title contender after going on the road and romping the Aggies behind Derrick Henry's 236-yard outing and THREE pick-sixes. They now have two of the most impressive SEC victories on the season, at Georgia and at TAMU.

What does it take to call a fake field goal in a tie game in the fourth quarter? Les Miles said, "we had an opportunity to get seven, and seven is a lot more than three." For any other coach in America it takes...

The Aggies are still a top-flight SEC team despite losing at home. Alabama may be on a level only LSU can reach. The defense struggled with the Tide's rushing attack which was to be expected with A&M's best talent playing on the outside. They must forget this beatdown quickly as they travel to Oxford next weekend.

The Gators held their own on a Saturday night in Baton Rouge down a starting quarterback; there's a lot to be said about that. Will Grier is appealing his suspension, but even without him Florida looks to to clearly the best in the East. 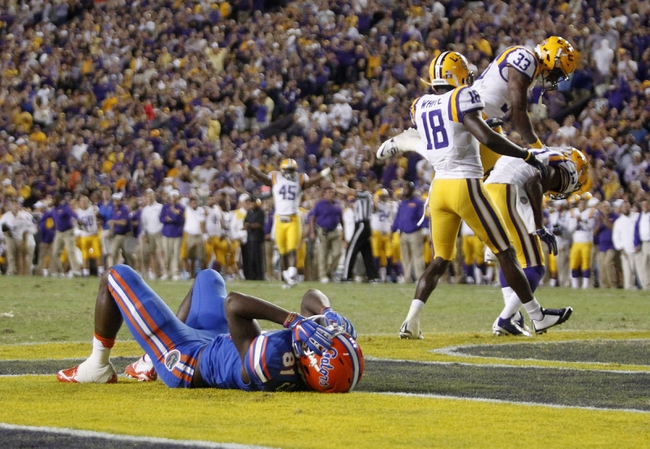 An as-expected easy win over the Bulldogs from Louisiana Tech, though it took a little longer to get that comfortable lead than many Starkville Bulldog fans probably would have liked. Next is a contest with Kentucky.

The ghost of Elvis helped tighten up the Memphis defense in the second half, and the Tigers scored 31 unanswered points to fend off the Rebels. And then there was this guy from Memphis, who is becoming a regular spectacle in the Liberty Bowl: 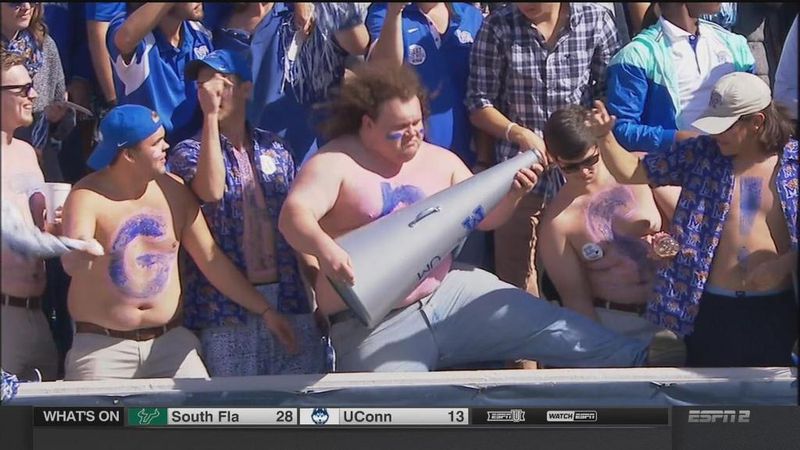 If this is life without Nick Chubb then the Bulldogs should go ahead and see if he can go. Even at 50% he would offer UGA more than they got this week. The offense is in shambles. Now the Dawgs get an off week before what could amount to an SEC Championship play-in game against Florida.

It's always nice to have a Saturday in which your team cannot lose. Finally, the Hogs return to Fayetteville with Auburn coming to town this weekend after a long hiatus.

Yet another team with two weeks of preparation before Alabama. I hope Josh Dobbs got some extra reps in this week.

A win is always welcome, especially of the conference variety. The Tigers travel to Arkansas in a must-win situation for a bowl berth. The first six games were supposed to be their easiest.

That face when your remaining conference schedule is Arkansas, Ole Miss, Georgia, and Alabama...

Plenty of chances were thrown away in their home loss to Auburn. The offense looked pretty good, but couldn't get on the same page late to come away with a win.

They had 164 yards of offense, and It's now been seven quarters since the Tigers scored a touchdown. It will be at least another week before they can score one again. Luckily, Mizzou has a bye to prepare for Vanderbilt. Switch to the triple-option. No passing necessary.

It wasn't the most beautiful of wins, but the Gamecocks will take anything at this point. The defense forced five turnovers, and the offense had over 400 yards. The team managed only one touchdown, driving their former coach nuts I'm sure. The interim seems nutty, too, though (forward to the 2:29 mark)...

It was a hard spot for the Commodores, but a victory at South Carolina was their best shot at an SEC win this year.