But it won't be an intrasquad scrimmage. The team will be hosting Memphis.

Coming off the best season in program history, the Razorbacks are taking the soccer team on the road, playing a spring game against Memphis in North Little Rock's Burns Park this Saturday (March 1st).

The team will hold a meet-and-greet with the fans starting at 3:30, and the game will begin at 5:00.

Last fall, the Razorbacks reached the Sweet 16 in the NCAA Tournament, finishing 15-8-1 overall and were ranked in the Top 25 in September. It was their first ever NCAA Tournament appearance.

The soccer team was also notable for promoting these awesome scarves, which are clearly far superior to towels or pom poms shakers we see at football or basketball games. 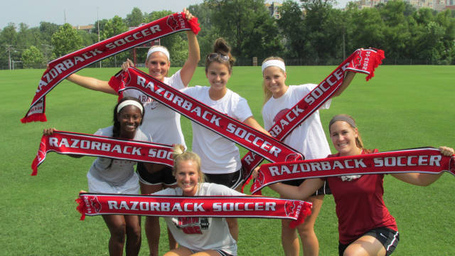 So, who's going to be the first to make a GSD issue out of this? Don't be that guy.