The Gym'Backs didn't have any trouble with Western Michigan and Bridgeport this weekend.

The 11th-ranked Arkansas Gym'Backs opened the season at Barnhill Arena last Friday night with a 196.200, and I began writing this season's column while keeping a watchful eye on the brand-new Wee Baby Seamus, my month-old daughter who is convenient and factual excuse for my failure to meet deadlines.  Passin' the buck-Archer would be proud. 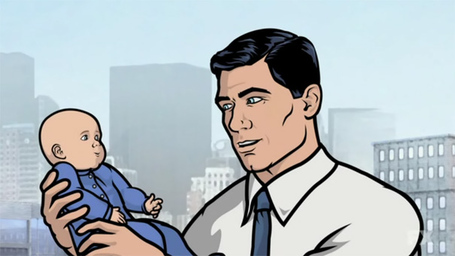 Friday night afforded the Gym'Backs their second-highest score ever in a season-opener, underscoring co-head coach Rene Lyst's faith in the "potential" of this squad. While the meet offered plenty of excitement in the form of All-American senior Kat Grable's leadership, the introduction of four solid freshmen ‘Backs, and a new confidence on bars and beam, the cupcake-competition of Western Michigan University and the University of Bridgeport provided little more than a distraction from the ‘Backs' exhibition.

The ‘Backs opened strong on vault and proceeded to outclass the visitors from Kalamazoo and Connecticut for the rest of the night.  Freshmen Amanda Wellick proved her worth quickly with a strong, clean vault that garnered a 9.775, followed by that Wisconsin wonder, Kat Grable, who twisted her way to 9.875.  Western Michigan struggled on bars during the first rotation to earn team score of 47.175, while Bridgeport started a dumpster fire on beam that scorched enough earth to warrant a Farenheit 451 reference. 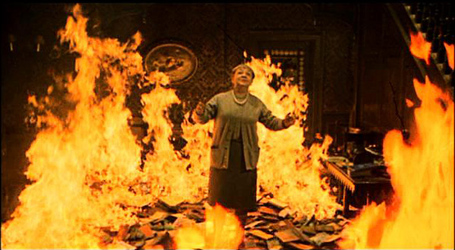 How gymnastics happens in Bridgeport, I guess.

During the second rotation, the ‘Backs dominated at bars, an event that hamstringed Arkansas in years past.  Freshmen Wellick executed a marvel of routine that culminated with an Arabian landing and tied senior Shelby Salmon's 9.875, that helped put the ‘Backs in first place with a team score of 98.2 as the squads moved into the third rotation and Arkansas took to the beam.

In 2012 and 2013, I lamented that beam was my least favorite exercise and it remains so.  That four-inch wide nightmare cripples many a hope and dream. 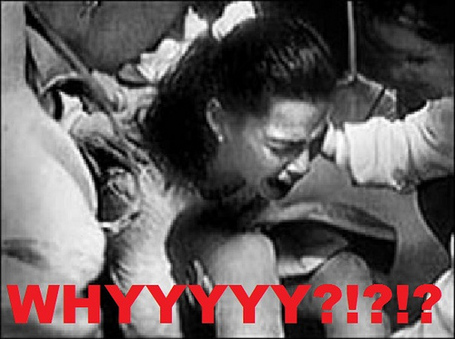 Not a balance beam accident, but you understand.

However, Arkansas' overall performance gave fans reason to believe that this could be the year the ‘Backs challenge Florida, Alabama, and other elite competition on this event.  Sophomore Sydnie Dillard shined in a seemingly effortless routine that earned a career-best of 9.9, while freshmen Samantha Nelson and Wellick each flipped in solid 9.825 performances.  On floor, Western Michigan exhibited its strongest exercise of the night as the Kalamazoo team sold an array of theatrical performances, most notably a swing routine from senior and All-MAC gymnast Lauren Bledsoe.  Bridegport at vault...welp.  Truvy and Clairee have thoughts. 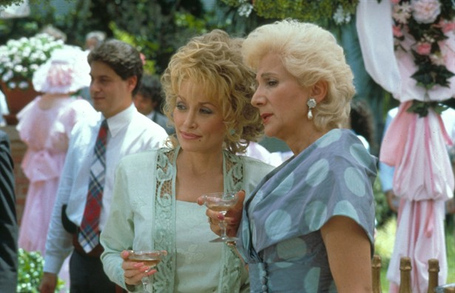 If you can't say something nice, come sit by me.

The final rotation brought the ‘Backs to the floor, an exercise that fans have been able to take for granted since the Jamie Pisani years.  Yet this event proved Arkansas' greatest challenge.  Coach Rene Lyst candidly discussed the opening night nerves and kinks to be worked through in most of the floor routines.  Still, sophomore Heather Elswick delievered a spirited, athletic performance that earned a 9.8, while Grable again proved herself an elite contender as she anchored her team with a 9.9.  On a purely petty note, I hate the floor routine music selected this year.  Weird techno-classical hybrids replace last year's swing-themes and Pink Floyd-infused awesomeness.  Stop with that nonsense, ladies.

No matter.  The ‘Backs handily defeated their opponents and will face the unranked (LOL) Mizzou Tigers at Columbia next Friday night in their first road meet and conference competition.  Despite some hiccups, there is no reason not to believe that this year's squad can be, in the immortal words of Terry Malloy, a contenda'.  References, I got ‘em.  Come back next week, y'all.  #NeverYield