2012 was pretty much the worst thing ever. 2013 won't be great. But the future of Arkansas football is bright.

When Bret Bielema was hired to coach the Razorbacks, Arkansas football was put into the hands of a guy with a real, no-bullshit plan to bring the Hogs back to relevance. No need to check the temperature of your urine.

In short, Bielema's cocksure attitude and candor are a perfect fit both football-wise and personality-wise with the state of Arkansas - or, as Grantland's long article on Bielema coming to Arkansas phrased it: "If you didn't know he was from the Midwest, you would think he was from here."

But more importantly, his plan for building a winning team is perfect for the school and for the state - just like it was perfect for Wisconsin in the Big Ten. Everything may not go according to plan in his time at Arkansas, but at least his plan can be defined into a simple, two-part equation: Find anybody and everybody who can play, and develop them into better incarnations of themselves than they ever thought possible.

Part one is digging into just where Wisconsin's players came from. Here are Rivals' rankings for Wisconsin's recruiting classes during Bielema's tenure:

Nothing to marvel at, right? In fact, there was only one five-star player that signed to play for Wisconsin while Bielema was the head coach: O-lineman Josh Oglesby, who ended up tearing both of his ACLs.

But if you look a little deeper at those classes, you'll see why Wisconsin was so successful in recruiting - even if their players didn't necessarily carry a lot of stars next to their names.

Take the class of 2012: Bielema picked up commitments from players from Wisconsin, Pennsylvania, Florida, California, Indiana, New Jersey, Illinois and Washington. Look through other classes and you find players from Texas, Ohio, Illinois, Minnesota, New York, Colorado, and yes, even Arkansas. Getting guys from all of those states to come to Wisconsin is remarkable.

The Badgers won games because they didn't settle into one area - one footprint - where they recruited for players. Instead, they found anybody and everybody they could and brought them to Wisconsin. They didn't focus on five-star recruits, but instead found players that could be developed. Part one of Wisconsin's success under Bret Bielema can be explained by a scene from "A Beautiful Mind":

It's Wisconsin football recruiting explained with economic theory. Don't focus on the blonde/five-star. Go for everyone. Two- and three-stars, players without positions, guys with unconventional histories, and use them all. That way, you don't alienate anyone, and you use everyone. The only difference between Wisconsin football and John Nash's theory above is the difference of results: the guys in the movie get laid, the Badgers won football games.

(Notice this is a direct contrast to Bobby Petrino's plan to "pursue the blonde/five-star." When Dorial Green-Beckham decided to go to Missouri instead of Arkansas, an entire year's worth of recruiting was, more or less, all for nothing.)

Perhaps the best example of Bielema's "take-everyone" theory is Russell Wilson, who transferred to Wisconsin as a graduate student and took the Badgers to the Rose Bowl. That said, the "take-everyone" style isn't the only part of the equation. After all, that strategy was the same one as Houston Nutt. He liked to get - and to use - every single random player he could. Recall that his Ole Miss Rebels picked up quarterback Jeremiah Masoli from Oregon after he was kicked off the team - a move that prompted the SEC to ban graduate-school transfers. The difference between Bielema's plan and Nutt's "plan" is the second part of Wisconsin's winning equation.

Part two is player development - or, more specifically, making every player into a better version of themselves and using all of their talents to build a whole that is far greater than the sum of its parts. A group of three-stars that becomes bigger and stronger and uses their particular skills together can compete with and beat collections of five-stars like Ohio State.

The greatest example of Bielema's two part equation in action is 2012 NFL defensive player of the year J.J. Watt. Watt, a two-star defensive end from Pewaukee, Wisconsin, committed to Central Michigan in 2007 and played one season for the Chippewas as a tight end. Then he got frustrated and quit the team. During his time away from the game, he even worked as a pizza delivery man. When he wanted to return to football, Bielema gave him a shot.

Three years later, Watt was an All-American at Wisconsin and became the 11th overall pick in the draft as a three-technique defensive tackle.

It took Bret Bielema to put him in the right place - and to turn him from a gangly 6-foot-5, 220-pound tight end into the best defensive lineman in college football. 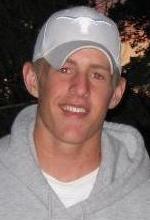 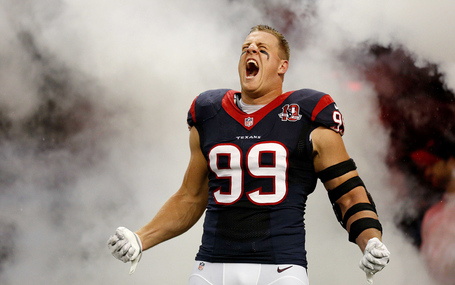 It took a little foresight and a lot of development to turn Watt into the NFL's incarnation of Ivan Drago, that there's a reason Wisconsin churned out offensive linemen into the NFL draft every year. Bielema and strength coach Ben Herbert did it every year.

That's why Bret Bielema is a perfect fit at Arkansas. He knows how to recruit around the heavy hitters in his own conference- to find value in places others had not seen value - and, more importantly, how to turn his players into ones that can beat those top teams with every recruiting advantage. That's why the future of Arkansas football is something to get excited about.

Or, to put it in Rodney Dangerfield's words: