There is no way you will read this and not learn something.

Typically on these posts we profile the players whose numbers correspond with the number of days until the Hogs tee off with the Ragin' Cajuns in September. Today, however, we run into a conundrum: there is no No. 71 on the 2013 roster so instead here are a few facts from Arkansas history (in my best Count Dracula voice), "featuring the Number of the Day: Number 71."

1971: Frank Broyles led the Razorbacks to an 8-3-1 record, finishing ranked No. 16 in the AP poll. Arkansas started out the season at No. 7, beat No. 10 Texas and went 5-1-1 in the Southwestern Conference before losing 14-13 to No. 9 Tennessee in the Liberty Bowl. Joe Ferguson led the conference in nearly every passing category. So take that to the people who tell you Arkansas was never a passing team before Bobby Petrino.

This was published: and it is beautiful. You can have your new jerseys and helmets. Bring this insignia back. Now. The Hog is slobberin' he's so excited for football season. 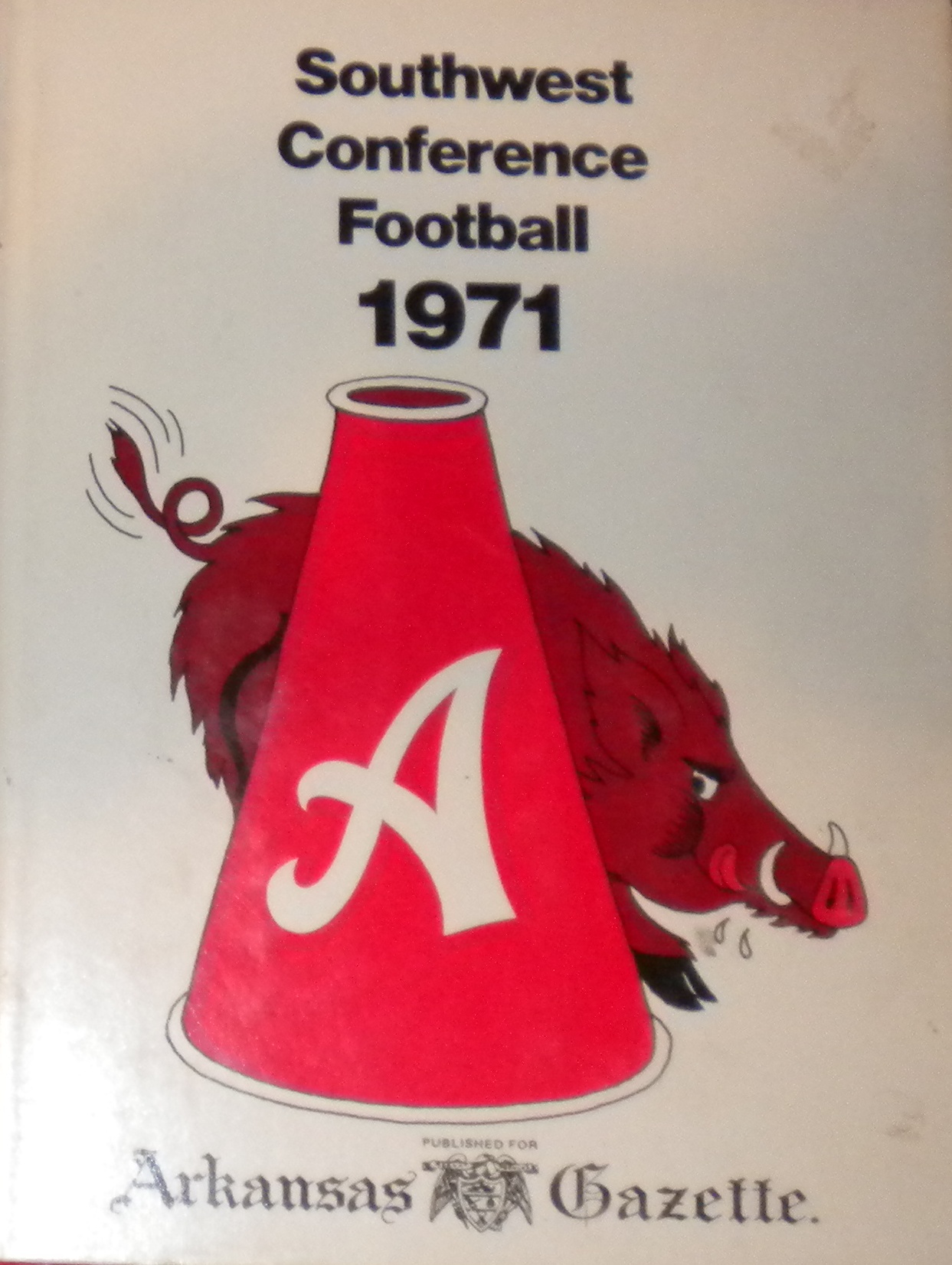 Alabama and the Braves clearly stole the their respective "A"s.

One yard less: Than Dylan Breeding's longest punt last season. Of course, he did have plenty of opportunities.

The number of points allowed: In both the basketball team's victory over Missouri and a loss at Florida this season.

The number of: Jason Peacock, an offensive lineman who started the last nine games in 2011 who set 16 school records. He was arrested last offseason for stealing a girl's debit card to purchase approximately $35 dollars worth of gas.

U.S. Highway 71: It runs through The Natural State for about a 300 miles in the Southwest corner of the state.

The number of points: scored against Arkansas in the second quarter during the 1998 season.

The transposed number: of former quarterback Brandon Mitchell before he transferred to North Carolina State in May.

The sum of the number: equals 8 the number of former quarterback, and Jon Gruden Quarterback Camp graduate, Tyler Wilson.

The number of thousands of people: At the first football game last season (Jacksonville State) and the final home (LSU).

Feel free to add any other memories, facts, or figures below, featuring the Number of the Day.