The Weekend That Will Be: Country Clubbin'

To all of you out on the golf course today, enjoy yourselves.

Share All sharing options for: The Weekend That Will Be: Country Clubbin'

It's that time of the year where something that wasn't supposed to happen is bound to happen. Plenty of ranked matchups litter today's schedule.

So whether you are at the game, tailgating, or simply enjoying football from the comforts of your own home, here's what to pay attention to.

No. 13 Michigan State at Northwestern, ESPN (-6.5 MSU)- The Wildcats are in a tailspin we Arkansas folks can appreciate. They've dropped six straight after being featured on ESPN's College Gameday. Michigan State boasts one of the country's best defenses, and you'd be lying to yourself if you don't think the Big 10 wants the Spartans to remain with only one loss heading into a conference title game against Ohio State. Take Sparty.

Duke at Wake Forest, ESPN2 (-6 Duke)- Duke -- if it wins its remaining games versus Wake and UNC -- will finish this season with 10 wins. 10. I have them winning and covering easily. Way to early coaching carousel question: As for their coach, can't you see David Cutcliffe returning to the Magnolia State as the new coach in Starkville next year?

Mississippi State at Arkansas, 12:21 p.m., SEC Network (-1.5 MSU)- Ahh... the early game, meaning I will enjoy today's game assisted by the "Mute" button on my remote control. This also means I can celebrate the Razorbacks' first SEC win with the rest of my day . It's probably false hope, but we're into those sorts of things.

Something is not right about this dog's arms. 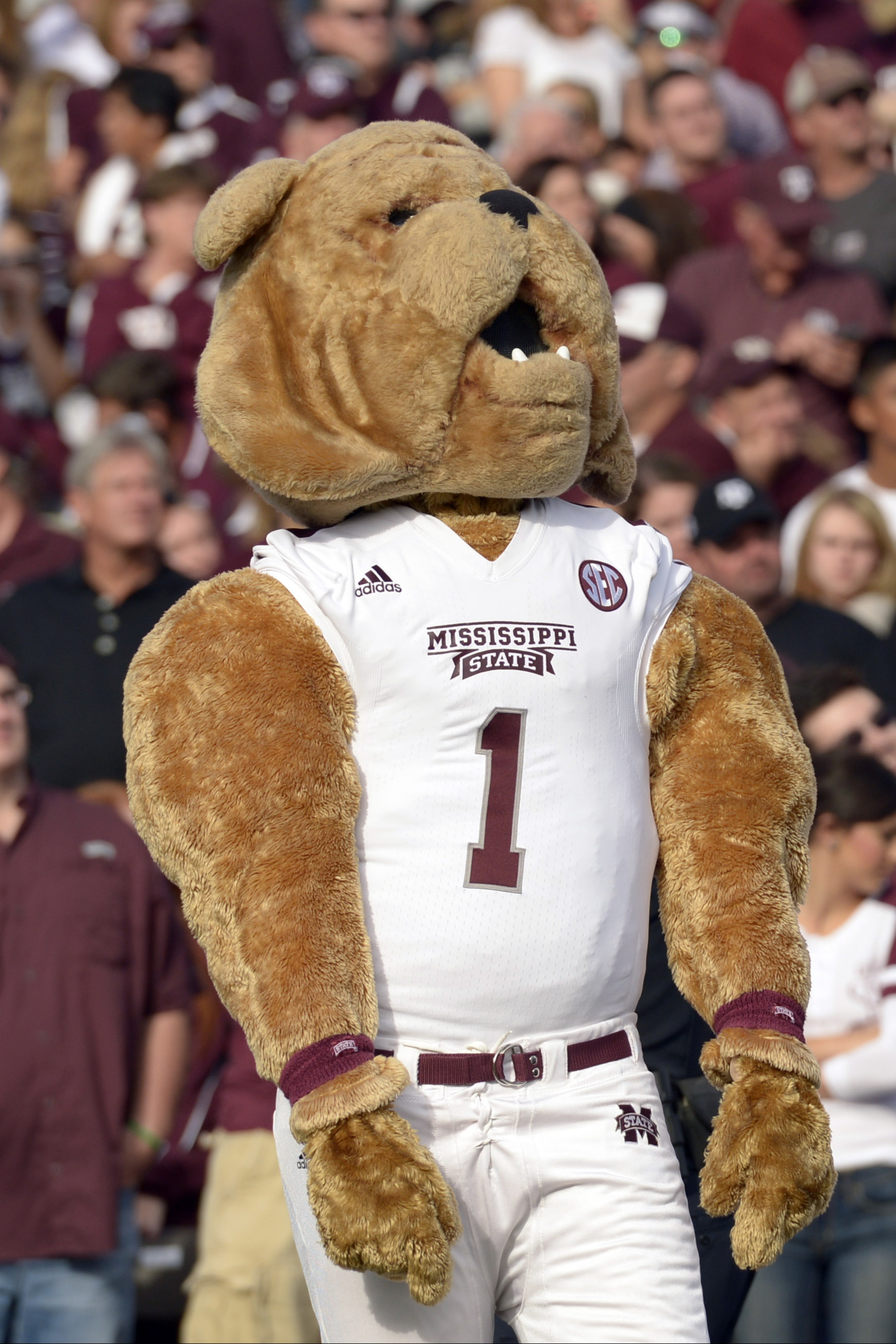 No. 12 Texas A&M at No. 22 LSU, 3:30 p.m., CBS (-4 LSU)- Manziel is 9-0 away from Kyle Field. Considering the talent in the SEC, this number has to be one of his most impressive. At night, this game is impossible to win for Aggies. And while they still may not win it, I don't think LSU wins by more than a field goal.

No. 19 Wisconsin at No. 25 Minnesota 3:30 p.m., ESPN (-16.5 UW)- The Badgers's run game hasn't dropped a beat since that guy left and went to Arkansas. This week, Wisconsin travels to face another 8-2 team that they have beat nine times in a row, while the Gophers look for their fifth consecutive conference win since 1962. History and the Badgers prevail with a cover.

No. 8 Missouri at No. 24 Ole Miss, 7 p.m., ESPN (-2.5 Mizzou)- "If it wasn't ain't broke, why'd you try and fix it?" This well could be sentiment shared by Mizzou fans if the Tigers lose tonight in Oxford. QB Maty Mauk accumulated a 3-1 record over the last month filling in for the injured James Franklin. His one loss came after a missed field goal in 2OT. I still like the Tigers who come one step closer to the SEC Championship with a "W" (and cover).

No. 17 Arizona State at No. 14 UCLA, 7 p.m., FOX (-2 ASU)- Just because there are two ranked teams playing it doesn't mean SEC fans care, unless there are national title implications. None of those apply here, so carry on about your Saturday night. For what it's worth, I'll take UCLA in the mild upset.

Kentucky at Georgia, 7 p.m., ESPNU (-25.5 UGA)- For you Arkansas fans, imagine if Tyler Wilson had played twice as many seasons as he did. Moments of greatness, growing pains and everything in between. The folks in Athens will send off their senior quarterback after four years of starts and multiple broken school and SEC records. He hasn't been perfect, but fans around here love him. Mark Richt said earlier this week, he wished they had the black jerseys so Murray would get his chance at wearing them. I don't care who covers, but I do hope Murray gets one more win between the hedges.

Vanderbilt at Tennessee, 7 p.m., ESPN2 (-2.5 UT)- James Franklin has done some amazing things at Vandy. Beating the Vols in consecutive years would be one of his better accomplishments. Yes, the Dores could get back-to-back wins over their in-state rival the same year Duke wins 10 games. Yeah right. Vols by more than a field goal at home.

Icy field in Stillwater. 20s and windy come game time. Who do conditions affect the most? #BAYvsOKST pic.twitter.com/vHCwlPrhPO

A good Oklahoma State hosts a better Baylor offense. The Bears have a plenty good enough running attack, but Bryce Petty will get another chance to show the nation why he is deserving of the Heisman. Bears win by two touchdowns.