Back by popular demand...

"Popular demand" being that there were a few of you out there who let me know you liked the addition of the GIFs last week. And if I can make all six of you who read these as happy as this guy, then I feel like I've done my job.

Admittedly, they're not all GIFs, just screengrabs, videos, or a picture I found amusing. Enjoy nonetheless.

1) Alabama (10-0 7-0 SEC, Last Week: 1)- It was more of a struggle than it should have been in Starkville, but can we look at this hit and how it is clearly pushing player safety? Even Marquel Wade knows that was targeting.

"I put my trust in my receiver and he put his trust on me" -- Real quote about this play http://t.co/gB6eqjea4W

3) Missouri (9-1, 5-1, LW: 3)- The Tigers have two games left against ranked opponents. They'll need to win both to stave off South Carolina's bid for Atlanta. At least one guy is up to the challenge.

6) South Carolina (8-2, 6-2, LW: 6)- A win's a win while the Gamecocks keep on winning, waiting on Mizzou to lose. Check out the kid in Jadeveon Clowney's jersey though who is clearly over sitting by Sid from Toy Story's look-alike.

8) Vanderbilt (6-4, 3-4, LW: 9)- And the Commodores are officially bowl eligible for the third straight year. Every Arkansas fan takes another shot of bourbon.

10) Tennessee (4-6, 1-5, LW: 10)- If the Vols can't find a way to get a win at home this weekend, it could mean that the SEC can't fill their full allotment of bowl bids. Say this comes to fruition, can't you see those SEC haters taking this to the grave?

12) Mississippi State (4-6, 1-5, LW: 12)- This team threw away chance after chance to make it an at least close game with the visiting Tide. Here's video of a perfectly odd, Mississippi State-style score.

14) Kentucky (2-8, 0-6, LW: 14)- Wildcat fans were that outside sport with that oblong ball was still being played. If you weren't scared enough of their new freshman Julius Randle, here is a screengrab of him winning a dunking contest over the summer. He's 18. 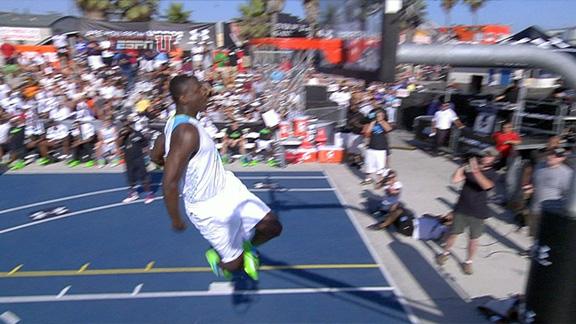