Share All sharing options for: Arkansas Hires The Rock To Replace Jessica Dorrell

Finally! Nick Holt, has come back, to the Oooooooozarks! Holt, the former defensive coordinator at Washington, has been added to the Razorback staff as the on-campus recruiting coordinator. And hey, this makes perfect sense to us. Someone with all the charm of The Rock would have to be a great recruiter, right? Don't you think there's a strong resemblance? 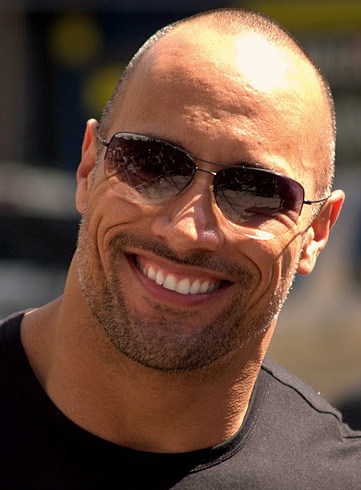 It doesn't matter what you think!

Yes this is Jessica Dorrell's old job. A lot of people around the country are saying it looks bad for Holt to take a job that was previously held by Petrino's mistress. Actually, the way people should look at it is that DORRELL NEVER SHOULD HAVE HAD THAT JOB IN THE FIRST PLACE. This is an important recruiting position. It's not some half-brained admin job anyone with a pretty face can handle. Look around at who is in this position in the top programs in the SEC. You won't see volleyball players. Some schools even have two.

We're sold that this is a pretty solid upgrade.

Doc Harper is the editor of ArkansasExpats.com and is a regular contributor to ArkansasSports360.com. You can email him at heydocharper@gmail.com and follow his thoughts and observations on Twitter@doc_harper.