Arkansas assistant coach Tim Horton is a top Razorback ambassador by day, winning over kids and their families as one of the staff's top recruiters. Fans imagine it's the honest, straight-forward, boy scout demeanor that is attractive to prospects. We've all been duped. While traipsing the streets of Montreal on a lovely June evening, we discovered Horton's secret. He's actually the purveyor of the hottest smooth jazz lounge in Canada, and it's likely his slick chops on the sax are the key to win over the hearts of recruiting prospects nationwide.

But the lounge itself was so cool, it makes you hope he gets his own room in the Hogs' new football facilities.

It all starts with the dress code. No jeans, shorts, tennis shoes, or ties. Must have dress pants and jacket over a shirt with at least two buttons unbuttoned. Shoes and socks are optional. It's called "upscale relaxed." The only listed dress code for the ladies is "To the 9's. Whatever that means to you." But no volleyball players. Absolutely no volleyball players. We understand this a newer rule.

Also for men, the only man allowed to enter without facial hair is Horton himself. It's what makes him king. If you enter bald below the nose, he assumes you a challenger and you must engage in a sax-off. Tim's undefeated. Eminem apparently visited one of these throw-downs as research for the closing rap battle in 8 Mile.

Of course the atmosphere is impeccable. The entire joint is side-lit in alternating shades of blue, purple, and green. No light from overhead. It accentuates the movement of every person inside. Since there is a rule limiting seating to 2 songs at a time, movement is constant so energy stays high. Tim calls this the "mingle and jingle" rule.

No beer nor wine served at Horton's. Smooth jazz cats are cocktail beasts. They are almost all cold. Ice can be cubed, crushed, or even shaved. They have a few special warm drinks available only when there's snow on the ground. Otherwise, cold, cool drinks only. Mixing is the key here. A motif if you will. Mix the drinks, the people, the lighting, the furniture. Make it interesting. As Horton says, rules create standards, standards create reputations, reputations create cool.

It's smooth jazz like you'd want smooth jazz to be. But no drums. This is smoooooth. Just melody. Just vibe. The closest we get to rock at Horton's are the ice cubes in the cocktails. Horns, keys, and strings, man. That's the main thing here.

No photos on the wall of famous people or bar legends. Just a list of nicknames. All the great musicians, minglers, drinkers get nicknames before they go. But all of those nicknames must only be spoken inside the club. If word gets out of nicknames being leaked, you get banned. However, every guest leaves Tim Horton's with a box of tasty pastries. 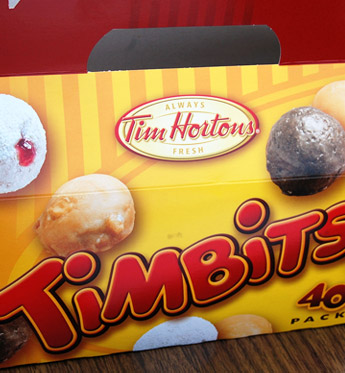 So when you're out exploring the world and you encounter a Tim Horton's. Don't miss out. Can we get one on Dickson Street?

Doc Harper is a regular contributor to ArkansasSports360.com and ArkansasExpats.com. You can email him at heydocharper@gmail.com and follow his thoughts and observations on Twitter @doc_harper.